Is Ariana Grande a Font or a Soft Cheese

Now everyone keeps mentioning this thing Ariana Grande! And at first I thought it must be place, and but then people talked about it more like it was a *thing*, and so I thought perhaps they’re talking about a person.. like off Big Brother. Because Grande could be a second name, it means BIG, so presumably Ariana is a person and her family name is Grande, and one of her ancestors used to be a bit large. 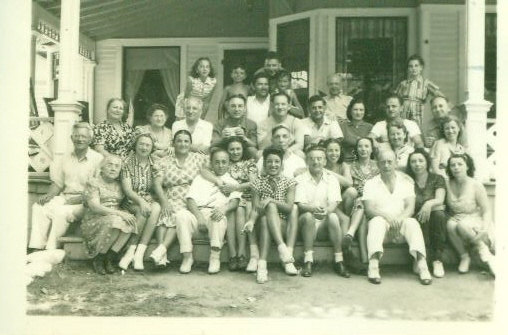 (Above: People who might be related to Arianay Grande, but probably aren’t)

But then I started to doubt myself and thought.. perhaps IT’S A FONT? Could Ariana Grande be a font? People talk about fonts – don’t they? Not ones you get christened in, but ones you choose on the computer if you do computers. The amount of stand up comedians that are dining out on jokes on Arial Bold – it’s doesn’t bare blogging about.

When I Googled this, I saw that other people thought Ariana Grande (sic) was a font too. Or is Ronan Farrow a comedian making a joke? But more importantly… I still don’t know what it is baybayyyy!!!!

Then, as we were at a dinner party and the people talking about Ariana Granday were eating cheese I thought – AHH!! It’s a kind of cheese. 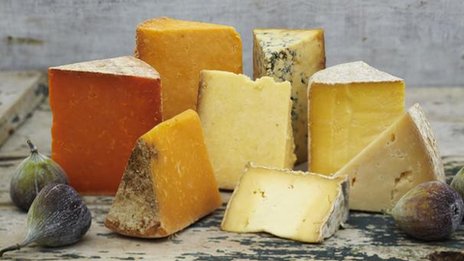 Is Arianer Grande in this photograph above? Probably not, because I can name most of these cheeses just from smelling the screen, apart from the one on the left but she looks well serious and Ariana Granny sounds soft, and probably mass produced.

“Have you tried that Ariana Granday?” I said to the lady next to me. But her reaction was a bit odd. She was quite young though, and the people discussing, (actually – they weren’t even discussing Ariana Granday – the conversation had moved on to ISIS, naturally, and it was just I alone who sat contemplating Aryana Grandey by this point)

What’s my point again? Oh yes! They were OLD! Old people discussing Ariana Granday, and so I thought perhaps it’s a cruise ship they’ve all been on?

(Above: a grande cruise ship which is nearly called Ariana)

In the end I decided to Google it on the toilet – showbiz style, but it just said “Showing results for Ariana Grande” – Wasn’t that what? Wait, I’ve confused myself now. So I thought “I KNOW” 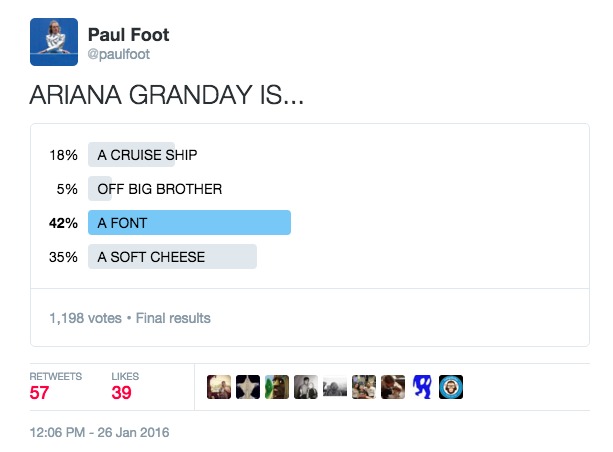 Over 1,000 of my Connoisseurs on Twitter took part in the Poll and I can confirm that she is indeed A FONT!

Did I just say “she” ? I like my fonts gender assigned.

Gosh is that the time. I’ve got a showbiz lunch to go to baybayyyy!